THE LOGIC BEHIND REFUNDS OF GAMBLING TAXES 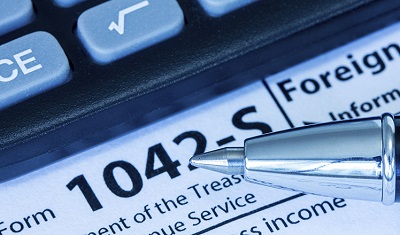 If you are reading these lines, you probably already know that it’s always possible to recuperate part or all of the taxes withheld on your casino or lottery gains in the United States. But do you know why? Are Canadians simply exempted from this tax or is there a different logic behind this?

If casinos deduct 30% of your winnings directly, you can guess this is because they are legally obligated to do so. It would not be the case if your Canadian citizenship protected you against this income tax, as is the case for a French citizen for instance. In fact, the French people are completely exempt from this tax deducted at the source, as long as they can present their passport and a W-8BEN explaining this exemption upon reception of their win. This option for them is only meant to avoid double taxation for residents of France.

On the other hand, we know very well that gambling winnings are not taxable in Canada. Thus, this double taxation issue does not exist between Canada and the United States. Consequently, Canadians are not automatically exempt from American taxes on gambling.

So how does this law work? The whole package rests on a small line in the fiscal convention between Canada and the United States that reads as follows:

Losses incurred by a resident of a Contracting State with respect to wagering transactions the gains on which may be taxed in the other Contracting State shall, for the purpose of taxation in that other State, be deductible to the same extent that such losses would be deductible if they were incurred by a resident of that other State.

In clear terms? A Canadian citizen winning while gambling has the right to be treated the same way an American in the same situation would.

How are Americans treated when they win? As is the case for us from a certain amount, a tax form must be completed. One copy goes to the winner, the other to the IRS. But, as this citizen must file his income tax report at the end of the year, nothing is withheld from his winning amount. Since the IRS has knowledge of his win, it would be silly for an American not to include it on his tax report!

An American citizen must pay taxes on his winnings at the end of the year. He first files his winnings, then deducts his losses. The balance represents the amount he will be taxed on, according to his tax bracket.

On the other hand, a Canadian citizen does not have to file a tax report in the US. Thus, the casino will withhold 30% of your win at the source. You understand the IRS, through the casino acting as agent, will tax you on your gross gain, not on the net amount taxable. Consequently, you are taxed at the maximum possible on your win.

As a gambler, you know this better than anyone else: losses are a lot more common than big winnings. Important wins are few and far between. As we said earlier, even as a Canadian, you are allowed the same treatment as an American player. In other words, you must legally pay the 30% tax on your net annual winnings, while you were taxed on the gross amount.

Here is how a recovery of taxes paid on gambling wins in the United States works. By filing as an alien in American soil, you can oppose your losses for the same fiscal year to your wins. Doing so, you are legally eligible to recoup 30% of your losses, up to the full amount the casino withheld.

Have you gotten a gambling win taxed in the United States between 2013 and 2017? Contact us now to get a free estimate in order to take advantage of our turnkey solution to get your money owed back. With us, we do all the work, from A to Z! You will not have to contact the IRS or even to leave your house! Recover your casino taxes now.