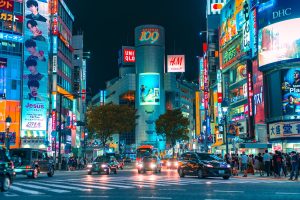 The first bets have not yet been placed in the few casinos now legalized and about to be built in Japan that the Japanese government is already looking for the best way to keep its share of the cake. Indeed, the latter is currently developing a casino winnings tax plan for non-residents. According to what has been done so far, the American method of a withholding tax on gambling winnings directly at the casino would be preferred.

The reason for applying this tax directly at the casino is obvious. It is difficult, if not impossible, to try to recover a tax from a gambler who only visits the casino as a tourist, but who resides in another country. By taxing winnings directly in casinos, the maximum amount of tax that may be owed is deducted, leaving the task of reducing the tax burden to the gambler himself. As is the case in Canada where bettors leave a 30% tax to the American tax authorities on certain jackpots won in the United States, it is by filing a tax report in the country visited that it is then possible to recover this amount.

Although we are only at the stage of speculating on the rumours that are circulating, the system studied by the Japanese authorities seems particularly restrictive. Indeed, casinos would be required to keep records of purchased casino chips and win/loss statements. When these chips are converted back to cash, a tax would be levied on the difference between the amount received and the amount initially purchased. The story does not say whether any gain will be taxed or whether a minimum threshold would be in place as it’s the case in the United States.

The proposal is expected to be completed in 2020 as part of a tax reform planned for 2021. “If we do not decide on a certain framework in advance, it will affect the investment decisions of operators” Explained a government representative.

Japan has recently allowed the construction and operation of three integrated resorts, including a hotel, conference rooms and, of course, a casino. Their operations are expected to begin in the summer of 2020.

Will GamblingTaxes.ca start filing Japanese tax returns for Canadians with gambling winnings on Japanese soil? For now, don’t bet on it! However, we remain the firm of choice for Canadians to recover the gambling taxes left in the IRS’ pockets when they visit casinos in the United States. Contact us now for a free consultation. It is possible to start the recovery procedure in just a few minutes!